If you have been trying to email me at steve@sblanchard.us, please use jstevensblanchard@gmail.com instead.

Steve Blanchard, while not born with a camera in his hands, began taking photographs in early childhood. He completed his first commercial work even before his photographs appeared in his high school yearbook. While earning an engineering degree at Rensselaer Polytechnic Institute, he was photography editor of the RPI yearbook, photographer for the college newspaper, and cinematographer for the football team.

His photographs have won awards from the Beacon Hill Times, the Berkshire Museum Camera Club, and the Quality Printing "A Closer Look at the Berkshires" calendar and have been exhibited at the Stockbridge Library and the Clark Art Institute's Berkshire Impressions show. His photographs have appeared in Boston and Berkshire newspapers, in Stockbridge Ramble, a book published by the Stockbridge Library Association in 2004, on the cover of the 2004 issue of the Berkshire Review, in brochures and programs for the Yellow Barn Music School and Festival, and in brochures, programs and newsletters for Emmanuel Music in Boston. Many advertisements and catalogs for local art galleries contain his photographs of art works. 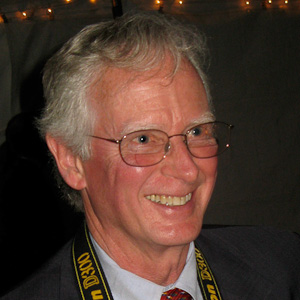 Steve recently retired from a career in software engineering and is enjoying the freedom to pursue his photography unfettered by work schedules. Steve has put many of his photographs up on the web. Here are links to some of them:

I have stopped creating my own websites for my photos, since there are so many much easier ways of showing photos.
For instance ViewBug

The focus of my life is returning to photography. I have pretty much switched to digital. My film cameras and my first digital camera (an Olympus C700UZ) have been retired. I am now using a Nikon D300. I take lots of family photos, travel photos, and some fine art photos. I take photos of artwork for artists and galleries.

I have a MacBook Pro to which I have attached a Canon PRO9500 printer, which makes pretty good photo-quality prints. I'm learning to get Lightroom and Photoshop to do my bidding and produce good prints.

I was a member of the Berkshire Museum Camera Club which has competitions approximately every other meeting. I have placed in several of the competitions.

I was on the November 2001 Boston Trek run by the Mentor Series, sponsored by American Photo and Popular Photography.